This fully online course studies the cultural life of San Francisco from its days as a Spanish settlement named Yurba Buena to the present as something coextensive with modernity. This is a fun class where we learn about the cultural life of the city, including all the dirty stories from the 19th century, the gossip, and the unique characters and places of San Francisco. The course thinks seriously about place and exclusion, the genocide of native peoples, and the history of race in SF, particularly with regard to Chinatown and the Chinese Exclusion Act. The course studies gender and its constructions, sexuality, nature, commodification, prostitution, image and spectacle as they relate to everyday life in SF modernities. This course has been taught as both fully online, hybrid, as well in a traditional classroom setting. This is a CSU CourseMatch class.

This fully online course thinks the history of pornography in relation to modernism/modernity, studying pornography as a genre as well as a uniquely modern social apparatus. Recent Feminist theory, porn studies, modernism/modernity, queer theory, and poststructuralism provide the theoretical ground for the class. The course studies a wide range of forms of sexual expression, particularly as they relate to constructions of gender, race, class, and sexuality. This course has been certified as Quality Learning and Teaching (QLT) course by Academic Technology at San Francisco State University and been taught as HyFlex, fully online, as well as in a traditional classroom setting. This is a CSU CourseMatch Class.

This course comparatively reads the melodramas of Douglas Sirk, Todd Haynes, and Ranier Werner Fassbinder alongside the concept of dispositif (apparatus, or concrete social formation) in the social theory of Michel Foucault, Giorgio Agamben, and Mauricio Lazzarato. How does the form of melodrama uniquely inform our understanding of the production of subjectivity—particularly around race, gender, sex, and class—and “governing” in the historical present? This course has been taught as fully online, hybrid, as well as in a traditional classroom setting.

The Philosophy of Rick and Morty

This course thinks philosophy, social theory, and contemporary culture through the show Rick and Morty. It thinks seriously about the philosophical-existential questions the show plays with, including its fun references to popular culture, as well as the formal properties of cartoons. In addition to studying contemporary social theory (In the Dust of this Planet), and philosophy (Nietzsche, Baudrillard, Deleuze), the course thinks seriously about the form of cartoons, networked media, and video games. Students are introduced to concepts like simulacra/simulation, the hyperreal, the post-cinematic, and more.

This course thinks the historical present through the analysis of diverse forms of visual expression—including Pop Art, film, video games and digital media—together with readings in social theory and philosophy. The course studies melodrama in order to articulate the limits of gender, race, and class (and introduce students to the concept of mise-en-scène), and generally thinks control, in contrast to modern discipline, as a paradigm for the historical present.

It’s easier for us to imagine the end of the world than it is for us to imagine the end of capitalism (anonymous). What kind of system do we have where so much energy is expended on preventing us from even thinking about, let alone imagining, any alternatives to what currently exists? This course poses these and other questions at the intersection of thought, aesthetics, and politics. The course studies this problematic in diverse areas—e.g. time, education, and work—and through the example and study of diverse forms of expression, such as, science fiction and horror film, a novel about Christopher Robin and the Situationist International (Billy Moon), music and digital culture, and contemporary theory and philosophy.

The course covers philosophical, social, and cultural issues of modernism/modernity, roughly from 1850—1945. The reading list includes select works from Benjamin, Nietzsche, Kafka, and Walser for primary modern sources and secondary works from Celeste Olalquiaga, Michel Foucault and others. Modern art and film, particularly early cinema by Méliès and the Lumiere brothers, modern cinema from Dziga Vertov and Jean Painlevé, and dada/dadaism will be studied in historical perspective. Ways of making the modern subject through discursive practices—pornography, sexuality, and gender—and their historically constructed technologies will also be studied.

Ecstasy of the Angels

This course comparatively explores the Japanese cinematic avant-garde from 1968-1972—in particular the work of Oshima Nagisa, Wakamatsu Koji, Adachi Masao, and Matsumoto Toshio, much of it produced and distributed under the aegis of the independent Art Theater Guild (ATG)—together with the work of the Situationist International from roughly the same era in France. The Japanese cinematic avant-garde is studied from within its own cultural context, including the U.S. – Japan Treaty, the upheavals of 1968 and their aftermath, relations between Japan and Korea, student protests, as well as in relation to modernism/modernity, race, sexuality, gender, terrorism, pornography, and Japanese landscape theory (fûkeiron).

This course thinks higher education as an apparatus, exploring the relation between affect and governing in the historical present. We begin with an image or paradigm: We live in a neoliberal version of the old Soviet Union. The term neoliberal in its simplest sense refers to the growing implementation of market logic—commodification, financialization—in all areas of public life, including information, knowledge, and higher education. The less this logic “works,” the more tenaciously people cling to its ideological foundations and continue implementing its nonsensical practices. This is a paradox.

Visual Trailer for Images of Eroticism 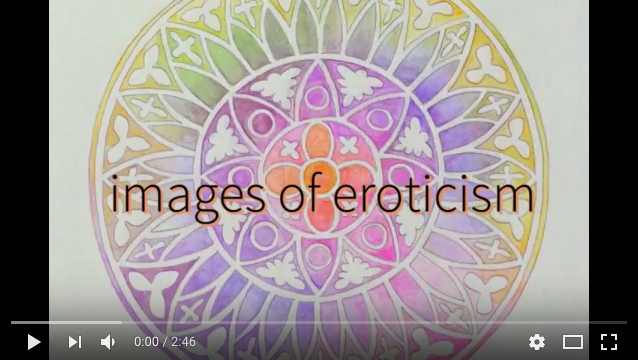 A Few Selections From My Online Teaching Videos

"Establishing Scenes in All That Heaven Allows" 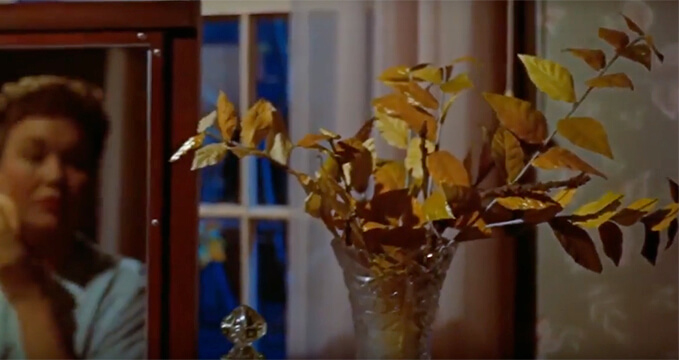 "Introduction to Images of Eroticism" 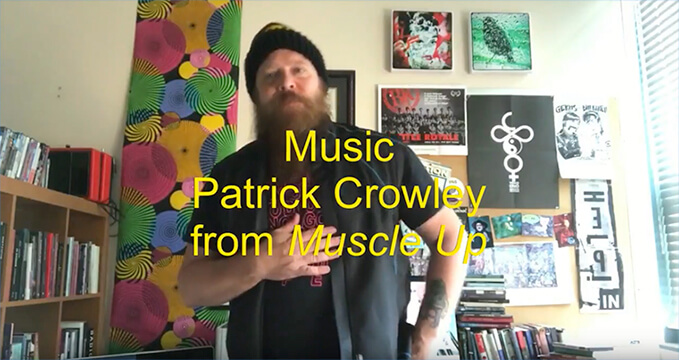 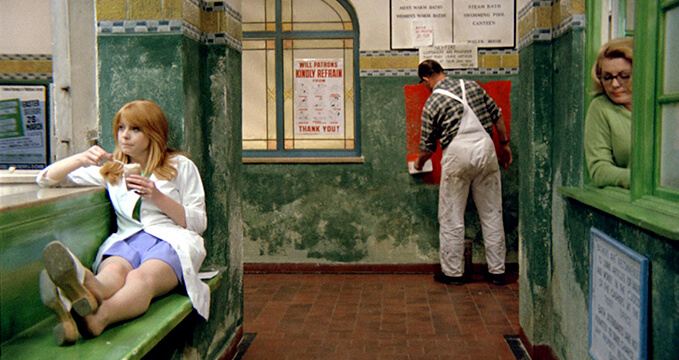 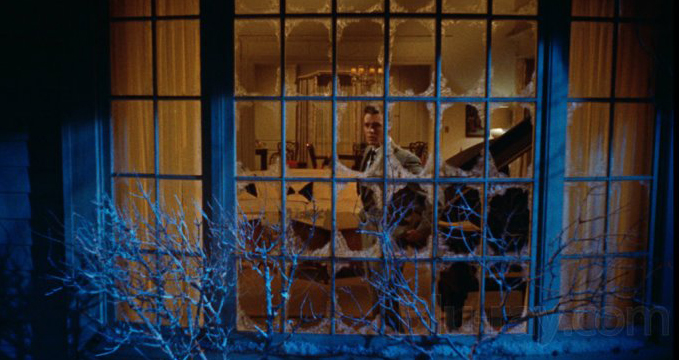 I am Lecturer Faculty in the School of Humanities and Liberal Studies and the Department of Comparative and World Literature at San Francisco State University where I have taught for nearly 20 years.

My courses are broadly concerned with the relationship between contemporary culture and the history of Western philosophy, with particular emphasis on modernism/modernity, theories of the image, pornography, affect, global cinema, San Francisco, political economy, race, gender, sexuality, performance and performativity, narratives of bearing witness, world mythology and the Anthropocene.

Since 1998, my pedagogy has used the proliferation of the image in capitalist societies as a means to teach the language of philosophical abstraction. My dissertation, “Broken: Thought-Images of Life in the State of Exception,” presented an untimely reading of Benjamin, Foucault, Deleuze, Debord, and Agamben, grounded in my experience of homelessness and presenting an original theory of affect in the state of exception. Since 2016, my teaching has brought together ways of thinking-in-images, theories of language, performativity and performance, together with the transformative potential of online learning, thinking and teaching. I have found this work to be among the most challenging and rewarding of my career. My work as a theorist makes use of diverse figures, including Deleuze, Guattari, Foucault, Spinoza, Kafka, Walser, Nietzsche, Negri, Debord, and Giorgio Agamben, with whom I studied in the seminars on “The Time That Is Left” (Il tempo che resta).I hold a Ph.D. in Comparative Literature from the Program in Philosophy, Literature, and the Theory of Criticism at the State University of New York (SUNY), Binghamton (2005), M.A. in Philosophy from SUNY, Binghamton (2004), M.A. in Humanities from San Francisco State University (2000), B.A. in Liberal Arts from Evergreen State College (Olympia, WA) (1997). I am currently completing a MA in Instructional Technologies (ITEC) in the Department of Education, Leadership Studies, and Instructional Technologies (ELSIT) at San Francisco State University (2021).